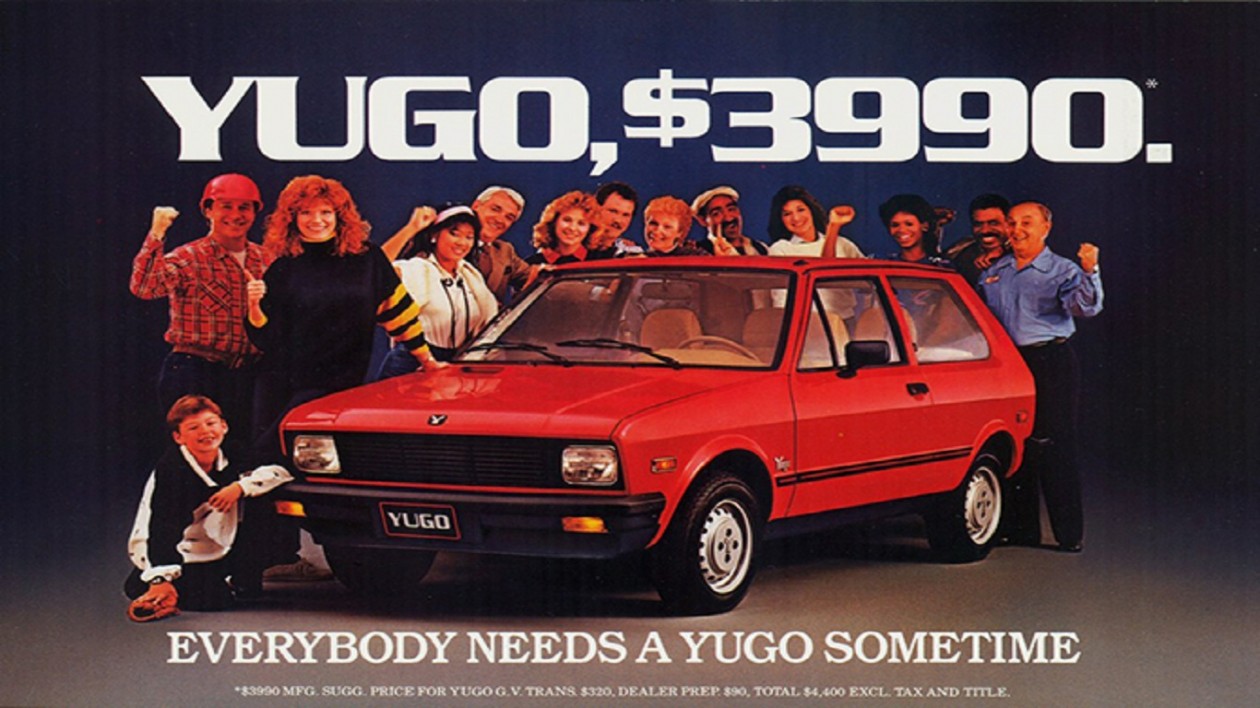 The Yugo: The Rise and Fall of the Worst Car in History

Six months after its American introduction in 1985, the Yugo was a punch line; within a year, it was a staple of late-night comedy. By 2000, NPR’s Car Talk declared it “the worst car of the millennium.” And for most Americans that’s where the story begins and ends. Hardly. The short, unhappy life of the car, the men who built it, the men who imported it, and the decade that embraced and discarded it is rollicking and astounding, and one of the greatest untold business-cum-morality tales of the 1980s. Mix one rabid entrepreneur, several thousand “good” communists, a willing U.S. State Department, the shortsighted Detroit auto industry, and improvident bankers, shake vigorously, and you’ve got The Yugo: The Rise and Fall of the Worst Car in History.

Automotive Atrocities: The Cars We Love to Hate

The bathtub-like AMC Pacer. The operationally challenged Yugo GV. The supremely unsavory Chrysler TC by Maserati. These wheeled nightmares and many more are gleefully trashed by author Eric Peters. If the eyesores like the decal powered 1978 Ford Mustang II King Cobra don’t make you howl, well, consider this the used car buying guide of your dreams. – “Fright Club” Motor Trend, November 2004Automakers have foisted plenty of bad and even laughable cars upon an unsuspecting public over the years. Millions of people have been duped into buying mistakes-on-wheels, while millions more have been subjected to these cars after the new-car smell is gone, revealing only vehicular inadequacy.Automotive Atrocities: The Cars We Love to Hate is a truly distasteful collection of fake muscle cars, clown-car compacts, faux “luxury” cars, sales disasters, and other truly ugly and ill-conceived four-wheeled follies. Written for anyone who either unwisely decided or was forced against their will to drive an automotive atrocity, this book gives the motoring public the last laugh as everyone’s least-favorite cars are skewered in book form for the first time.

All the Yugo Information you didn't know you needed.